Update 18/5/2012: I have had several requests from people wanting to use my Minecraft invitation, so I’ve put a link up so anyone can download and use it. It’s free to download, but if you feel generous (and can afford it) you can make a donation. 🙂

My son Daniel is turning eight on Saturday and has requested a Minecraft-themed party, hence the above picture of the invitations I whipped up on Illustrator the other day. I had to do a lot of research in order to find out what the hell a Minecraft-themed party might look like and this has led to me knowing stuff about Minecraft – something I’ve been actively trying to avoid on a daily basis for many months. 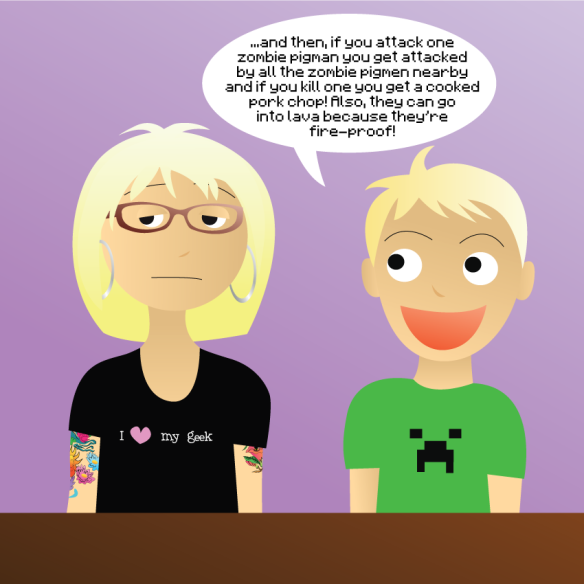 I have been utterly bombarded with talk about Minecraft – how awesome it is – and received endless updates on every single thing that happens on Minecraft (or has happened or might possibly happen) for months on end (aka since Daniel started playing it). 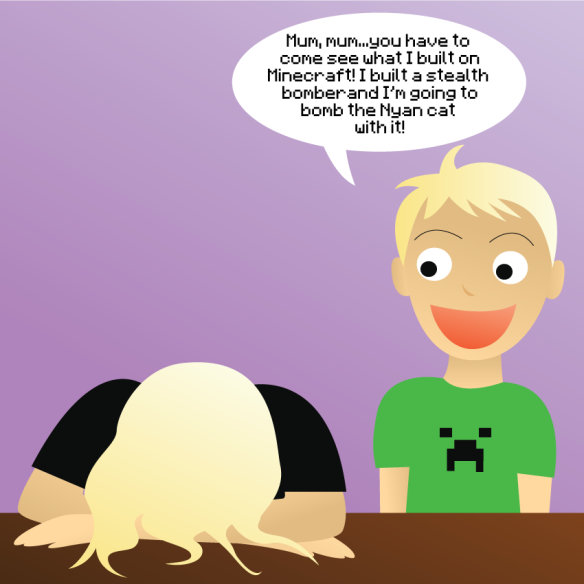 (I got my Bazinga shirt here.)

To say he’s obsessed with Minecraft would be an understatement and, apparently, he’s not the only one. I really didn’t get the appeal of the game at first, but as I have been forced to learn all about it I am starting to see why he loves it so much. It actually allows him to be extremely creative; it’s a little like playing with blocks, but on an epic scale and with some pretty cool twists…

While researching for my son’s Minecraft-themed birthday party I found this video of a guy who had built an incredibly impressive house, but when he tries to install a fireplace, things don’t quite go to plan. Trust me, it’s hilarious.

As games go, it’s definitely one of the better ones and I really like that it allows for so much creative freedom. Okay, so the blocks aren’t tangible, but the learning and the imagination required is the same. Also, I don’t go crippling myself stepping on blocks or spend half my life picking them up at the end of every day and that’s always a bonus.

I’ll post a photo of the cake next week!

*Update*
The Minecraft cake turned out alright, I just dyed some dessicated coconut green for the grass.